As the summer months sneak up on us, our department is making sure our park patrons are staying safe in our many aquatic-themed parks and facilities.

As April was proclaimed Water Safety Month in Palm Beach County, and earlier this year, Governor Scott signed a proclamation supporting the month of May as Water Safety Month for the State of Florida, it’s clear that Florida is one of the states where water safety is most critical. In fact, this week (May 21-27) is Boating Safety Week – and Palm Beach County’s parks and beaches are popular locations for not only boaters, but swimmers, fishermen, kayakers, paddle-boarders, surfers, divers, and many others who enjoy our beautiful county pools, parks and beaches.

While our department’s Ocean Rescue staff at beaches, water parks and pools work diligently to prevent water-related incidents, we want to make sure park patrons are aware of water safety-related resources that are available to make sure all preventable incidents are avoided.

In 2014, Palm Beach County had 43 unintentional drowning deaths. Our staff is committed to providing safe environments for kids and adults to enjoy the water. Here are a few simple things you can do to prevent water-related incidents at pools, beaches and other water-themed parks & facilities:

June 5 – 12 is National Beach Safety Week! Throughout the summer, we will keep you informed on more water safety tips – including Beach Safety from our lifeguards – so keep following our blog for more helpful tips to make our parks & facilities even more enjoyable!

We operate more than 80 regional, district, community, beach, and neighborhood parks, spanning several thousand acres. Our mission is to make the quality of life for Palm Beach County residents and visitors better by providing diverse, safe and affordable recreation services, welcoming parks, and enriching social and cultural experiences. This is achieved by promoting wellness, fostering environmental stewardship, contributing economic value, and by improving our community every day for this and future generations. 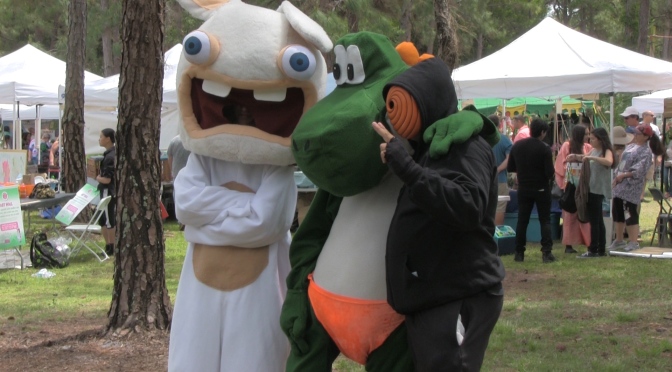 Watch this short video to get a glimpse of the colors, traditions and festivities that were enjoyed by more than 16,000 people!

Morikami Museum and Japanese Gardens is owned and operated by the Palm Beach County Parks and Recreation Department and is located at 4000 Morikami Park Road in Delray Beach.

We operate more than 80 regional, district, community, beach, and neighborhood parks, spanning several thousand acres. Our mission is to make the quality of life for Palm Beach County residents and visitors better by providing diverse, safe and affordable recreation services, welcoming parks, and enriching social and cultural experiences. This is achieved by promoting wellness, fostering environmental stewardship, contributing economic value, and by improving our community every day for this and future generations. 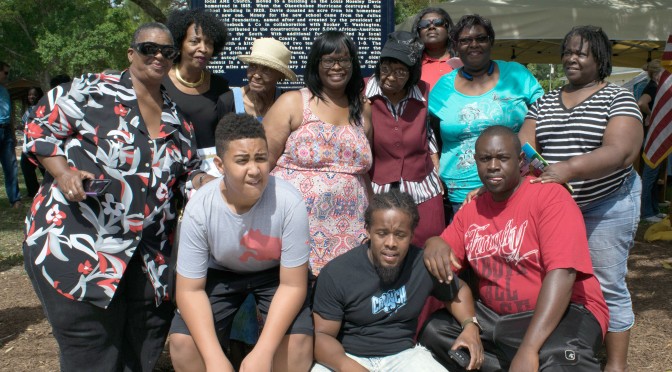 On Saturday, April 30, more than a century after the first “Jupiter Colored School” was opened in the Limestone Creek Community, residents, officials, volunteers and others gathered inside Palm Beach County’s Limestone Creek Park to celebrate the installation of a marker that commemorates the community’s vast history.

“For too long, way too many people didn’t have access to good education, and this was especially true in the south,” said U.S. Congressman Patrick Murphy, who was present at the event, along with Palm Beach County Vice Mayor Hal Valeche, former L.M. Davis Elementary School teacher Mrs. Dorothy Bendross Walker, and other iconic figures from around the community.

The ceremony centered on the strides in education in the Limestone Creek Community, the oldest African American community in the North Palm Beach area, in the past century. Denied access to Jupiter’s public schools by the laws of segregation, the community opened a school of their own in 1905. The first “Jupiter Colored School” was located in the local African Methodist Episcopal Church.

When the 1928 hurricane destroyed the church, community member L.M. Davis donated an acre of his homestead for the construction of a new school. The community pooled their limited resources and even built a school bus for their children. Matching funds from the Rosenwald Fund, created by Julius Rosenwald, president of Sears, Roebuck and Co, enabled the community to construct a two-room school with a kitchen, and to hire two teachers for grades 1 through 8.

Mrs. Walker, a life-long member of the community who attended the Elementary School and eventually taught there, told a story of the many struggles the students and teachers faced at the school during the mid-20th century. “It was a different time, a different place when we were here, we had no electricity, no running water, no heat, no air conditioning… but we survived,” she said.

The graduating class of 1941 raised funds to construct a sidewalk over the drainage ditch at the entrance to the school and, along with their principal, autographed the remaining concrete. In 1956, the school was renamed the L.M. Davis Elementary School in honor of the man who donated the land and drove the school bus. High school students were transported 20 miles south to attend Industrial High in Riviera Beach

until Jupiter public schools began to be desegregated in 1967.

Stories that showcase the ways in which parks, recreation and nature help improve physical, mental and overall wellbeing.

The Palm Beach County Parks and Recreation Department, recognized nationally for excellence in park and recreation management, operates more than 110 parks and recreational facilities and provides organized recreational programs and services for people of all ages and abilities.